The power of photography in the hands of children 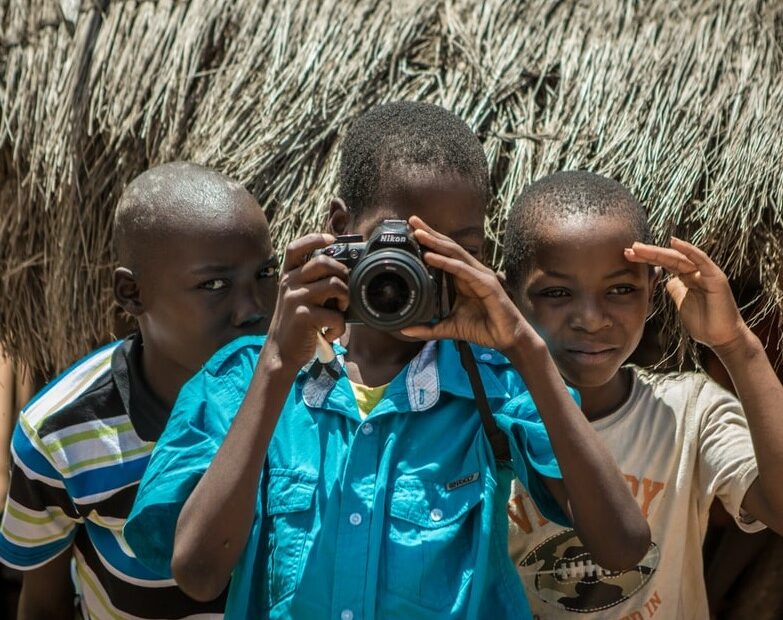 Many times we wonder what really makes us happy in a world that is constantly changing and where selflessness and compassion struggle to be kept alive as values ​​in the face of ideologies that lead to unwarranted and violent attacks. Many times the answers to questions like these are hidden in the simple, as common and simple as it seems and is written. Maybe young children themselves are the solution to the thousands of social issues… and why not, an analog camera!
This is how the photographer Serbest Salih thought and proceeded to the realization of an original photography project in Turkey where he gives his place to small refugee children to discover the magic of photography and to be the creators of simple black and white images, but they can get it worthily. location in the largest museums and galleries around the world. The interest is hidden in the fact that being the same refugee who was forced to leave Syria with his family in 2014, he managed to find in the cameras what would help him to continue his new life in foreign lands of Turkey. This experience was the main source of inspiration for this project.
During a trip, Serbest Salih discovered an abandoned neighborhood of a city near Istanbul. Kurdish refugees from Turkey and Syria have lived in this neighborhood for many years, where their common language is unfortunately not a strong enough element to normalize their differences. The young children of these two social groups, although living in the same neighborhood, do not play all together. So Serbest thought of offering them a cheap analog camera to every child and asking them to capture simple everyday moments whether they are at home with their family or outside with their friends. Then in his own van – studio and with the help of other charities he showed how to display the analog photos they took.
This is how the project succeeded, a new book with the children’s photos was published (“I saw the air fly”), while Serbest continues to tour the surrounding neighborhoods with the aim of getting more and more children to learn how much they can succeed with a simple analog. It is important to mention that the children of the neighborhood that inspired him became a group and forgot everything that separated them. On the contrary, it is easy to think that through this simple way children discovered the creation and the power they have. They learned, as Serbest Salih himself points out, to wait and be patient, to believe in their abilities and to know that no matter how small or large your supplies are, you can conquer the world… or at least try to conquer it and in the meantime take pictures of what made you smile, rejoice and appreciate. To discover that whoever you are, wherever you come from and all the obstacles you encounter every day, you are worthy to become a photographer or whatever your heart dreams of!